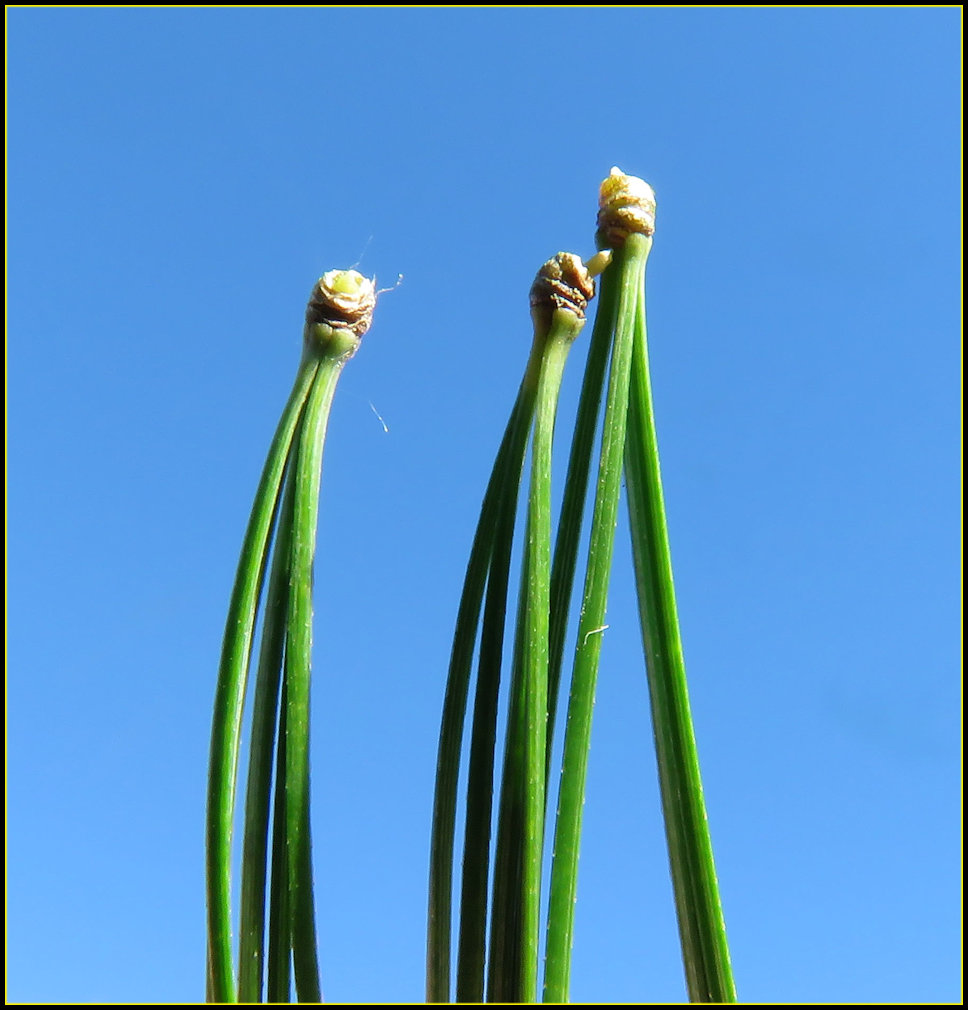 Mostly a family of the northern hemisphere, there are 9 genera and about 210 species.  The genus Pinus is shown on this page.  Other U.P. genera are Larix (tamarack), Picea (spruces), Tsuga (hemlock), and Abies (firs).  Pines are conifers with NEEDLES attached in a BUNDLE.  The bundle or sheath that holds the needles together is called a "fascicle".  The genus Pinus all produce fruits called CONES.   There are three species of pine trees native to the U.P., white pine, red pine, and jack pine.  There have been a number of introduced pines.  Only the Scots pine has been widely naturalized.

Austrian or Black Pine  (Pinus nigra)
A native of the Mediterranean region.  Used as an ornamental.  Very hardy and can survive on exceptionally poor sites.  Quite similar to red pine in appearance, but needles tend to be flexible when bent.  Red pine needles tend to snap easily.  Particularly susceptible to Sphaeropsis blight.